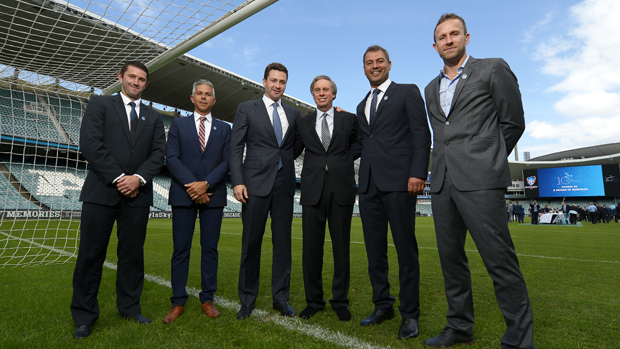 Sydney FC has inducted eight of the greatest names in the club’s history into its inaugural Hall of Fame at the Sky Blues’ 10 Year Anniversary lunch today.

“This is a club with a fantastic history which has played host to some of Australian football’s biggest and best,” said Sydney FC Chairman Scott Barlow.

“These first eight inductees to our Hall Of Fame will be enshrined in our history for their outstanding contribution to the club.

“We look forward to welcoming further inductees in future years.”

Sky Blues assistant coach Steve Corica was announced as Sydney FC’s number one Hall of Fame member and received the first of the eight specially designed pin badges give to Hall of Fame inductees.

“It was amazing, unexpected and a big surprise to be inaugurated as the first player in the Sydney FC Hall Of Fame,” said two time Sky Blues Championship winner Steve Corica.

“To see my name alongside some of the legends of Sydney FC is a huge honour and a privilege and it will make me incredibly proud each time another name is added to the list in the years come.”

Sydney FC’s 2005/06 Championship winning captain Mark Rudan said: “I’m extremely honoured and proud to be considered as an inaugural member of the Hall of Fame.

“Sydney FC mean a lot to me and I had a superb three years with the club which were very special and I cherished.

“To be inaugurated is a very proud moment and I take my hat off to the club for starting a Hall of Fame,” he continued.

“I think it’s a great initiative for Sydney FC to recognise some of the players and coaches who have made it the best club in the country.”

Over 150 guests experienced what game day is like as a player, entering the event via the player’s tunnel and continuing onto Sydney FC’s home change room which was dressed as it would be on a regular game.  Head Coach Graham Arnold provided a game day team talk with guests, who then walked a 50m stretch of sky blue-carpet to the centre of the playing pitch and table.

Vision packages took guests down memory lane, and were broadcast throughout the lunch on Allianz Stadium’s new super screens that were showcased for the very first time.  Costing $10 million, the two screens are the equivalent of 464 forty inch TV’s and ensured those in attendance don’t miss a moment of history from Sydney FC’s Decade of Memories.

Sydney FC’s next home game is against Melbourne City on Friday 20th March at Allianz Stadium (kick off 7.40pm).  Purchase tickets today or become a Member and ensure you don’t miss a moment of Hyundai A-League action by heading to www.ticketek.com.au/sydneyfc 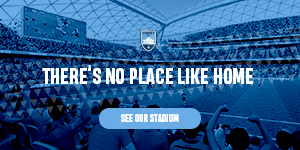 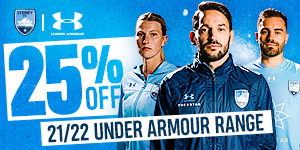